- Ankylosing spondylitis is an inflammatory disease that can cause some of the vertebrae in your spine to fuse together. This fusing makes the spine less flexible and can result in a hunched-forward posture. A severe case of ankylosing spondylitis can make it impossible for you to lift your head high enough to see forward. 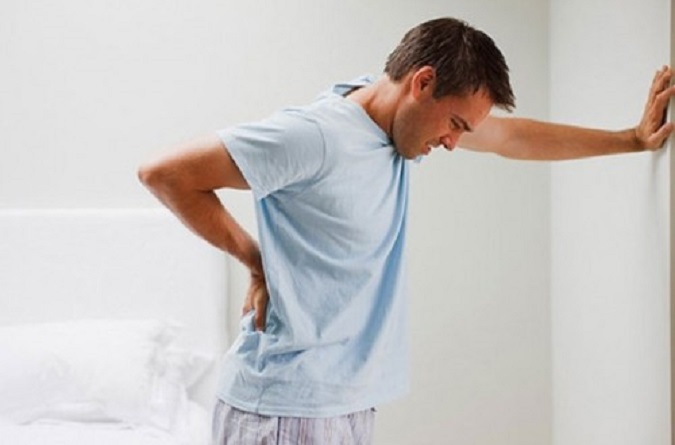 - Symptoms appear gradually, usually around 23 years of age. Initial symptoms are typically chronic pain and stiffness in the middle part of the spine or the entire spine, often with pain referred to one or other buttock or the back of thigh from the sacroiliac joint. Since the initial signs and symptoms are not specific for ankylosing spondylitis, there is a lag-time between onset of disease and diagnosis, which averages between 8.5 years and 11.4 years.

- About 40 percent of AS patients experience inflammation in the anterior chamber of the eye (uveitis), causing redness, eye pain, vision loss, floaters and photophobia. This is thought to be due to the association that both AS and uveitis have with the inheritance of the HLA-B27 antigen. Other common symptoms of AS include: generalized fatigue and sometimes nausea. Less commonly, aortitis, aortic valve insufficiency, apical lung fibrosis and ectasia of the sacral nerve root sheaths may occur.

- When the condition presents before the age of 18, it is relatively likely to cause pain and swelling of large limb joints, particularly the knee. In prepubescent cases, pain and swelling may also manifest in the ankles and feet, where calcaneal spurs may also develop.

- Pain is often severe at rest, but improves with physical activity. However, many experience inflammation and pain to varying degrees regardless of rest and movement.

- Ankylosing spondylitis is one of a cluster of conditions known as seronegative spondyloarthropathies, in which rheumatoid factor tests are negative and the characteristic pathological lesion is an inflammation of the enthesis (the insertion of tensile connective tissue into bone).

- Early signs and symptoms of ankylosing spondylitis may include pain and stiffness in your lower back and hips, especially in the morning and after periods of inactivity. 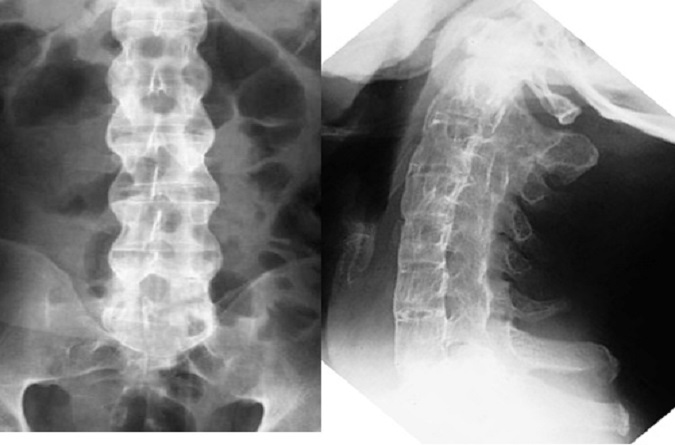 - These symptoms may come on so gradually that you don't notice them at first. Over time, symptoms may worsen, improve or stop completely at irregular intervals.

- The areas most commonly affected are:

- Tam Duc Traditional Medical Clinic therapies depending on individual conditions, we properly use acupuncture and herbal medicines to weaken  symtoms, stimulate the natural healing ability and maintain vital energy balance of the body.

Outside of office hours: